Who Goes First in Texas Hold’Em | Order of Play 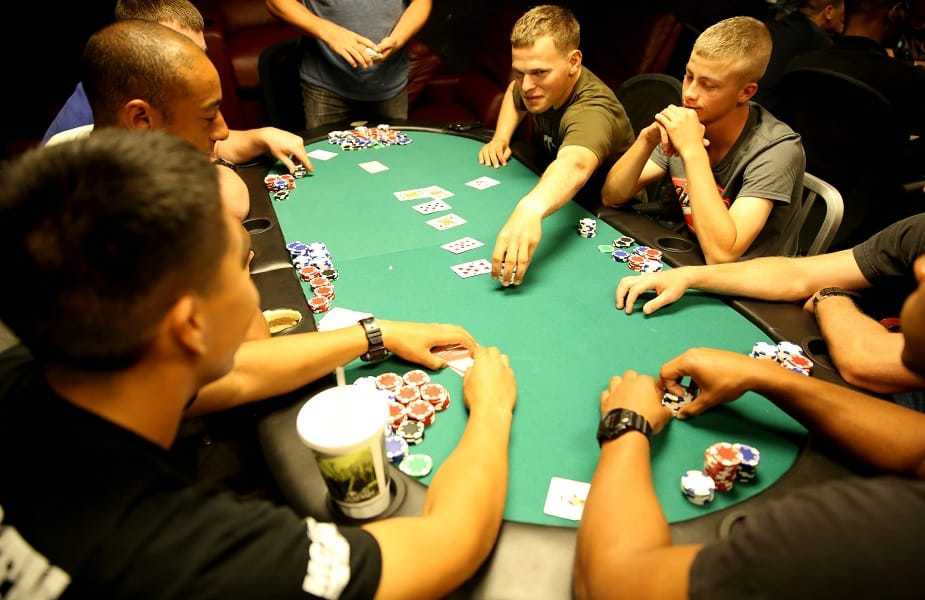 What Is the Exact Order of Play?

The order of play is based on how the players are seated at the table. There are typically 6 seat names in poker. UTG (also known as first position) is divided up into multiple seats (UTG, UTG+1, UTG+2) for games larger than 6-handed.

Here is what a 6-max poker table looks like. In the chart, the seats are called Under The Gun (UTG), the Hijack (HJ), the Cutoff (CO), the Button (BTN), the Small Blind (SB), and the Big Blind (BB).

Before the flop, the last player to act is always the Big Blind.

On a 6-handed table, the order of play would be UTG, HJ, CO, BTN, SB, BB. Once the first player acts, play continues around the table in a clockwise fashion until it reaches the Big Blind, who acts last on the first round.

On the Flop, Turn, and River, the last player to act is always the Button.

Accordingly, on a 6-handed table, the post-flop order of play would be the SB starts followed by the BB, UTG, HJ, CO, and BTN.

Are There Any Exceptions?

The post-flop order never changes. However, the pre-flop order of play can be slightly altered if there is a player who straddles. A straddle is when the player seated just to the left of the Big Blind (usually UTG) posts a double big blind bet in front of him prior to the cards being dealt.

Essentially, he is buying the right to act last before the flop. In the case of a straddle, the person seated just to the left of the “straddler,” goes first pre-flop once the straddle has been wagered.

What Is the Dealing Order?

Who Goes First in Heads-Up Play?

During post-flop, nothing changes heads up. The button still acts last, even though technically he or she is the Small Blind.

In heads-up play, the Big Blind is dealt to first and the Button 2nd. The button always receives the last card when dealing no matter how many players are seated at the table.

What’s the Order of Play Three-Handed?

The same rules apply whether there are 3 players or 10. Before the flop, the player to act first is just to the left of the big blind. In the case of three-handed play, that would be the button. After the flop, the small blind acts first as always.

After the flop and before action is opened, any player can perform one of two actions. They can either bet or check. Of course, the person who acts first has the first option to bet.

When Does a Poker Hand End?

There are a couple of ways that a poker hand can end. First, someone can bet and all the other players fold. This can happen on any street. The second time a hand can end is when the action closes on the river and showdown is achieved. In the latter case, all live hands are revealed and the winner is determined.

Who Shows Their Cards First at Showdown?

Of course, if a player only has to show their hand if they want to. Many players will choose to “muck” or throw away their hand instead of showing if they are sure they have no chance of winning the hand at showdown. This is sometimes a wise choice in order to not give away information about your hand.

Is It Better to Act First or Last?

Being in position (acting last) is much better than being out of position (acting first) in poker. Poker is an informational game and the person that gets to act last has more information than everyone else. I wrote a detailed article on position; check it out for more details.

What Is the Best Position at a Poker Table?

Since we have established that acting last is most advantageous in poker, the Button would be the best seat at the table. However, in reality, the seat name is irrelevant, as long as you are acting last. Therefore, let me refine my definition slightly: the best seat in poker is any seat that has you acting last in the current hand on the current street. For example, if it is blind versus blind after the flop, then the player in the Big Blind has the best seat possible for that hand.

Why Is It Called the Dealer Button?

When poker began the players had to deal the cards. In order for everyone to get equal opportunity to share the burden of dealing, the moving dealer button was born. Today, in casinos and even in some home games, there are dedicated dealers to speed up play, enforce the rules, and lessen the likelihood of cheating.

Why Do the Blinds Act Last Before the Flop?

The exact reason that the blinds act last before the flop has been lost to history. However, one could deduce that the reasoning is simple. Since the blinds are the only players to pay to play a particular hand, it only makes sense that they should be rewarded by being given an informational advantage via acting last. This theory is bolstered by the existence of “straddles” where one can essentially “buy” position before the flop.

There is no difference between Texas Hold’em and Pot Limit Omaha (PLO) when it comes to the order of play. In fact, the order of play is the same for every poker game that has two blinds and a dealer button.

For more, don’t miss Who Shows Their Cards First in a Poker Showdown? 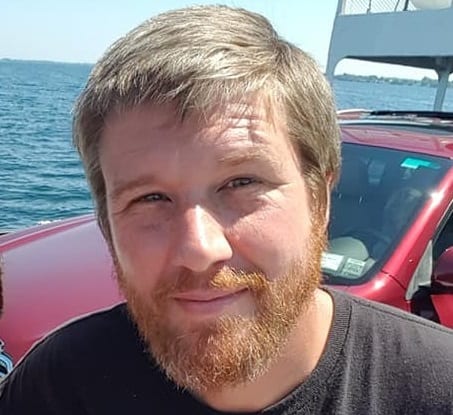