What If a Card Is Exposed? | Exposing Cards Poker Rules 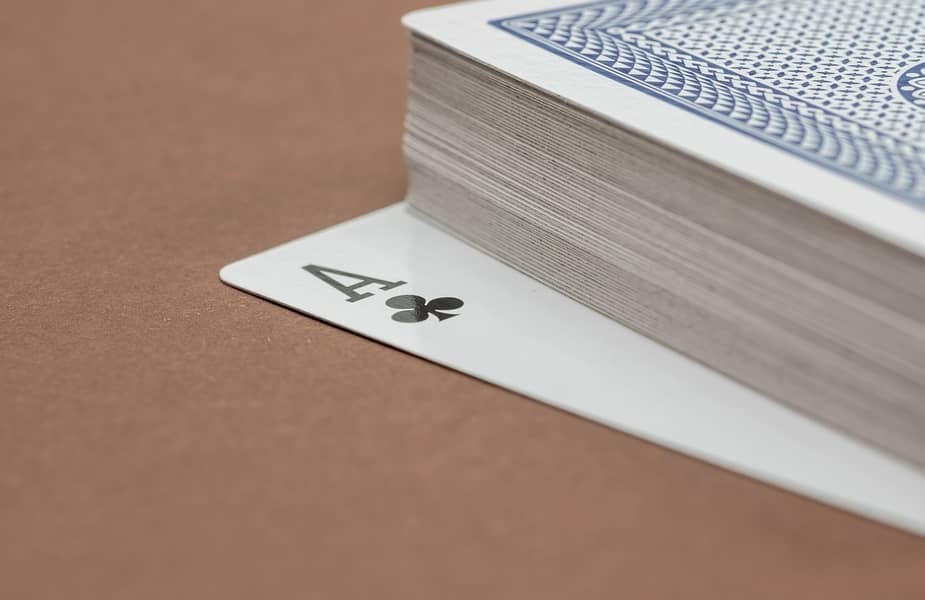 There are many different times during a hand that a card can be either accidentally or intentionally exposed. This can be a confusing situation so I decided to compile all of the exposing cards poker rules in one place.

What are the exposing cards poker rules? If the first or second card is exposed during the deal, then it is a misdeal. Any other time, the exposed card must be shown to all players and then used as the burn card on the flop. Exposing cards during the hand is often prohibited and the penalty is determined by local rules. At showdown, cards can be shown freely. However, if you show one player your hand you must show all.

This can be a somewhat complicated subject, so let’s cover each of the exposed card rules by the .

Cards Exposed Due to Dealer Mistakes

The most common time that cards are inadvertently exposed is during the deal. This is especially true when there is no dedicated dealer and the players are doing the dealing themselves.

What If a Card Is Upside down in the Deck and Exposed?

If the dealer is distributing the cards and notices that one of the cards in the deck is face up, he or she is required to show the card to all players and then take it completely out of play for the duration of the hand

deal then continues on as normal.

What If a Card Is Flipped up During Dealing?

If the first or second card (to the blinds) is exposed, then the hand a misdeal. All cards are then reshuffled and the process dealing process starts again.

If more than one card is exposed during dealing the hand is declared a misdeal. The cards are completely reshuffled and the deal starts over.

What If a Burn Card Is Exposed?

If a burn card is exposed at any time during the hand then it is simply shown to all players and placed face down in the burn pile. Play then continues on as normal.

What If the Dealer Fails to Burn a Card?

If it is determined that not enough burn cards are in the burn pile after the flop, turn, or river the resolution depends on whether any actions have been taken by players yet.

If no action has taken place yet and the card is known, the mistake is fixed. The incorrectly exposed card is shown to everyone and then used as the burn card for that round as it was supposed to have been.

If an action has already been taken by one or more players, then play just continues on as normal. You continue on even if the action is only one check by the first player. This is because any action would unfairly give the rest of the unfair information, were the board to be fixed afterward.

Players Exposing Cards Before the Hand Is Over

There are many different ways that a card can be exposed by players either accidentally, or intentionally. Keep in mind that local rules sometimes vary depending how and when cards are exposed. Let’s cover the most common remedies.

Can I Show One or Both Cards During a Hand Before S?

In cash games, you can only intentionally show your cards when heads up with an opponent. If the pot is multi-way, your hand is usually declared dead by the dealer unless you are all-in. If you are all-in, your card or cards are left face up and the hand plays out as normal.

In tournaments, you are never allowed to show your cards before showdown unless all actions are completed on the current street and every player involved is all-in. If you expose your cards and it is multi-way, your hand is usually declared dead. If you are heads-up, they are typically left exposed and play continues on

incorrectly exposing cards in a tournament, you are typically given a time penalty (usually 10 minutes) when the hand is over.

What If One or More Hole Cards Are Exposed During an All-In Situation?

If a card is exposed during an all-in then the rule varies slightly depending on who incorrectly showed their cards.

If all players involve are all-in, there is no penalty for exposing cards and play continues on.

If only one player is all-in and exposes his cards, then the cards remain face up and the remaining players continue on as normal. There is usually no penalty given.

If a player is not all-in and exposes his cards in a multi-way pot, then play continues on and a penalty is normally given.

What Are the Rules for Showing Cards at Showdown?

After the hand, players are not allowed to just show their hands without following a few rules.

Do You Have to Show Your Cards?

The only person that is required to show his or her hand at showdown is the winner. However, both cards must be shown to win a pot.

As the showdown order is followed, players can choose whether to show their hand or muck it. However, there is no penalty for showing your cards out of turn at showdown.

Do You Show Your Cards When You Fold?

You do not have to always show your cards when you fold. However, if you choose to show one card, you must show both cards. Additionally, you cannot just show your cards to one or two other players

you show one person, you must show all the players at the table. This is called the “show one show all” rule.

Exposing Cards Can Be Angle Shooting

Angle shooting means to use pre-meditated devious methods to gain an edge. Some unscrupulous players will sometimes break the rules in order to gain an advantage on their opponent.

Exposing a Card to Elicit a Particular Response from an Opponent

Players do this in cash games quite frequently. They will flash a card to their opponents in order to give partial information and lead them down a particular path, to either a call or a fold.

For example, a player holding a non-obvious straight with 36 might show an off-suit 3 on a board where your opponent might have stated that they are worried you have a flush. Then when they call with their two-pair (or whatever) you proudly show down your winner.

Or, let’s say you had the Ace of Spade in the same situation and a Spade flush was possible. You might “accidentally” flip up the Ace and then apologize, in order to get your opponent to fold a better hand while you have complete air.

Here is an example of allowing a card to be exposed to elicit a particular response from an opponent.

Intentionally Not Burning a Card to Get a “Second Chance”

In player-dealt games, such as home games or pub poker events, I have witnessed this one occur a few times over the years. The problem is that it is impossible to prove and do anything about unless it happens multiple times in one session.

The way it works is that the dealer is involved in the hand and holds some type of draw. They then deal the turn or river without burning a card, hoping no one notices. Then, of they like the card they just continue on as normal. If the card does not help them they say, “oops I forgot to burn a card.” Then, the angle-shooter will correct “the mistake” by dealing out their second chance card.

Cards being accidentally or intentionally exposed is one of the most common rules infractions in poker. It is also one of the biggest causes of contention at the table. Now, next time you see an exposed card situation happen at the table you will know exactly how to handle it.

Do I have to use both my cards in Texas Hold’em? In Texas Hold’em, only one card may be used to make your best 5-card hand. It is in Pot-Limit Omaha that both cards must be used.

Do you burn a card before dealing in poker? The dealer must always burn one card before dealing the flop, turn, and river. The purpose of the burn card is to deter cheating through marked cards. If a player can see that the top card is marked before it is dealt, it gives them an unfair advantage. Burning a card mitigates this issue.

What if a player only receives one card during the deal in Texas Hold’em? If no action has been taken then the hand is declared a misdeal. If one or more players have already acted then the one-card hand is declared dead and play continues on as normal.