Is Online Poker Rigged for Action? | The Definitive Answer 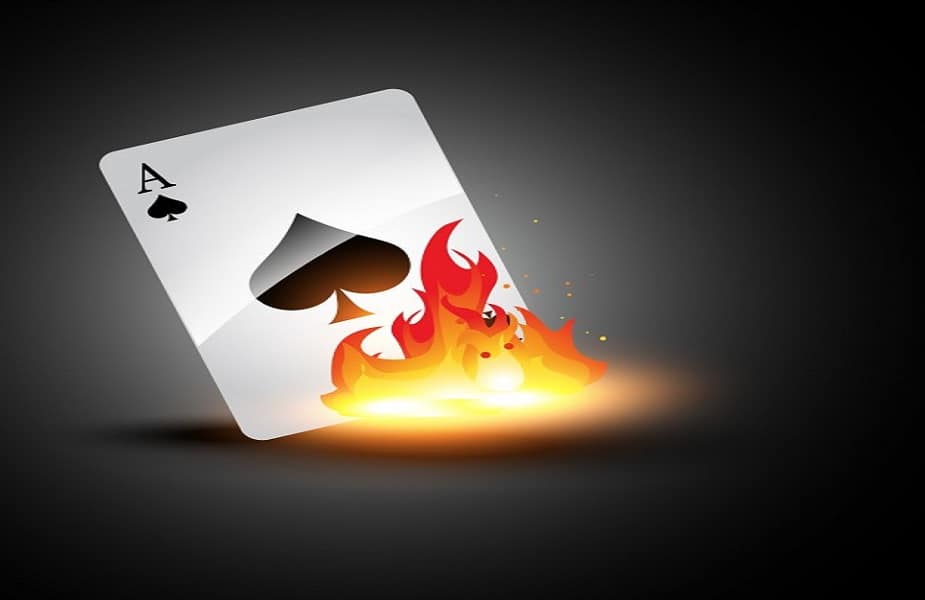 Online poker is a game where it’s okay to lie. In fact, bluffing is an important part of the endeavor. However, there is one whopper that has made the rounds in online poker forums and even in so-called “informed” articles. And that is that online poker rooms are somehow rigging their games for actions. In other words, they have made it so that flops, turns, and rivers connect with players’ hands which makes people more likely to invest money, thus making the pots bigger.

Bigger pots mean bigger rake. This is great for the poker sites, right? Why wouldn’t they want to rig the games for action if it makes them more money?

The Poker Sites Have Little to Gain but Everything to Lose

The only place that there is an incentive to rig the games for action is in cash games. This is because tournaments and sit and go’s have a set fee that the poker room is paid everytime someone buys in. And since a lot more people play tournaments, rigging does nothing to generate more money for the poker room for the majority of its games being played at any given time. Why bother jeopardizing your entire reputation by trying to boost the smallest part of your income?

Besides the fact that there are rake caps placed on each cash game hand. This means that once the pot reaches a certain size, it doesn’t matter how big it gets after that point. So they have no incentive to create more action when the action does nothing to help their income the majority of the time.

Just to be safe here, let’s play the devil’s advocate and say that the poker site did get greedy and decided to throw caution to the wind and rig their games. They would find out really quickly that it’s not really that easy to do.

Rigging Is Actually Pretty Close to Impossible to Do

Poker sites use something called an RNG (random number generator) to deal the cards. Since the cards come randomly, messing with the RNG would cause huge discrepancies in the expected frequencies versus what actually occurs on the tables. Since thousands of players keep detailed databased in poker tracking software, these discrepancies would be noticed very quickly.

Were any type of inconsistencies, even small ones, ever discovered, a huge scandal would swiftly erupt and players would lose confidence in the offending poker site. Eventually, it would lead to a huge loss of revenue for that site. The fact that you are even reading this article shows the importance of consumer confidence when it comes to online poker or gambling.

No poker room wants to risk its well-being by targetting specific players for particular outcomes. When you look at it from this angle, the entire idea of rigged games becomes ludicrous. Rigging for action is likely just something someone made up long ago as an excuse to why they can’t win at online poker. I mean, something must be wrong here, right? I keep losing but am the greatest player in the world! So, in the end, it all comes down to human ego.

Where Is the Proof?

After playing over 10 years, have never heard of actual proof ever surfacing that shows that online poker is rigged. But just to be safe, I did an exhaustive Google search to try to find some kind of evidence that it has ever occurred. Quite humorously, an article written back in 2004 ranked #1 in the search results. I knew when I read it that my search would likely be a waste of time. But onward I went.

After clicking on numerous links and searching the major forums, all I could seem to find were people ranting about how they thought the games must be rigged because “impossible” things had happened to him. In every single instance, it appeared to just be a case of someone running bad and taking a bunch of bad beats in a cluster. I saw zero evidence that anything out of the ordinary had occurred.

Trust me, I have run about as bad as humanly possible over the years and never once did it ever seem like the games were rigged against me. In fact, I recently ran $20,000 under expectation and that didn’t deter me from continuing to play. Until a reputable source shows definitive proof that an online poker site is rigging the games somehow, I will call B.S. on anyone who claims they are a victim of it.

What About All Those Times It “Felt” Rigged

To me, live poker sometimes feels rigged. The thing you have to keep in mind that no hand is ever really that far ahead most of the time. AA will lose close to 20% of the time when all-in pre-flop. And when those losses cluster together, it can feel rigged.

One of the problems humans have is that they become attached to things and feel ownership. This leads to feelings of entitlement and a sense that there is no justice in the world. The fact is, there is no justice in poker. Just because you had a run of bad luck yesterday does not mean you are more likely to run well today. That is called the gambler’s fallacy. The cold hard truth is that most people who complain that poker is rigged are simply not very skilled at poker. They just use it as an excuse for why they are losing.

Even If Games Were Rigged for More Action, It Might Not Hurt Your Win Rate

So if the games were rigged for more action, what would it look like? Hypothetically, if the flops connected with hands more often, there would be more incentive for players to get involved and put more money in the pot. You would get more pairs, more strong hands, and more draws. In other words, the games would be more exciting for everyone.

Even so, let’s talk about the elephant in the poker room.

Who would benefit from more players getting involved and taking their hands to later streets? Any sort of common sense tells you that bigger pots with wetter flop, turns, and rivers would favor the more skillful players. This would likely drain the pockets of the recreational players faster and move the money up the food chain much faster. Trust me. This is NOT what the poker rooms want to see happen.

In fact, the opposite is true. Online poker sites want the losing players to hang around longer, pay more rake, and stay happy enough to keep depositing more money. Artificially bloating pots only favors those well-equipped to adapt and ultimately may actually lose money for the poker room.

Things That Actually Could Go Wrong in Online Poker

Rigged games or any other form of “cheating” done by a poker room is not something I lose sleep over. However, there are a few things that actually are a legitimate cause of concern:

What Poker Sites Do You Trust?

When it comes to my perspective on choosing a poker site to play on, trust might be the wrong word here. I view my online poker bankroll is an investment and no investment is ever 100% safe. Case in point, look what happened on Black Friday.

Even so, the odds of having your bankroll stolen by an online poker site are probably similar to your odds of being in a plane crash. Millions of people have played online poker over the past couple of decades, and only a few have actually been legitimate victims of such an incident. In fact, even after Black Friday, which was the biggest poker scandal in history, most people eventually got most if not all of their money back.

Use Common Sense for Any Online Interactions

Regardless of the games being rigged or not, you should always approach anything that involves your bankroll with caution and discretion. Avoid small and obscure poker sites that have not been around very long or have a track record of slow payouts or other shenanigans. I recommend that you play only on large reputable poker sites with a long track record of legitimacy.

Personally, I have played on Bovada and Ignition for years, keeping as much as $10,000 on the site at one time. I was never worried about losing that money and slept like a baby at night. However, I recommend that you keep only the minimum needed to play your current stake and cash out the excess often. Keeping a large portion of your money in an offline account is just smart bankroll management nowadays.

After nearly 20 years of hearing people blame their bad play on “rigged” poker sites, people have to be getting tired all the whining. The unfortunate thing is that people new to online poker might not realize the true source of why people are complaining and think that there is some truth to all the noise. So, if you fall into that category, please stop it before you run newbies off. 🙂

For those of you who are still unsure, give one of the major poker sites a call and asked them about the integrity of their games. They will explain exactly how their RNG works and happily answer any other concerns you may have. For the most part, online poker sites have excellent customer service. If you don’t get a friendly experience, move on to the next one. It’s just like buying a car, if you get a bad vibe when you walk in the door you walk right back out.