What Is a Bad Beat in Poker? The Truth Revealed 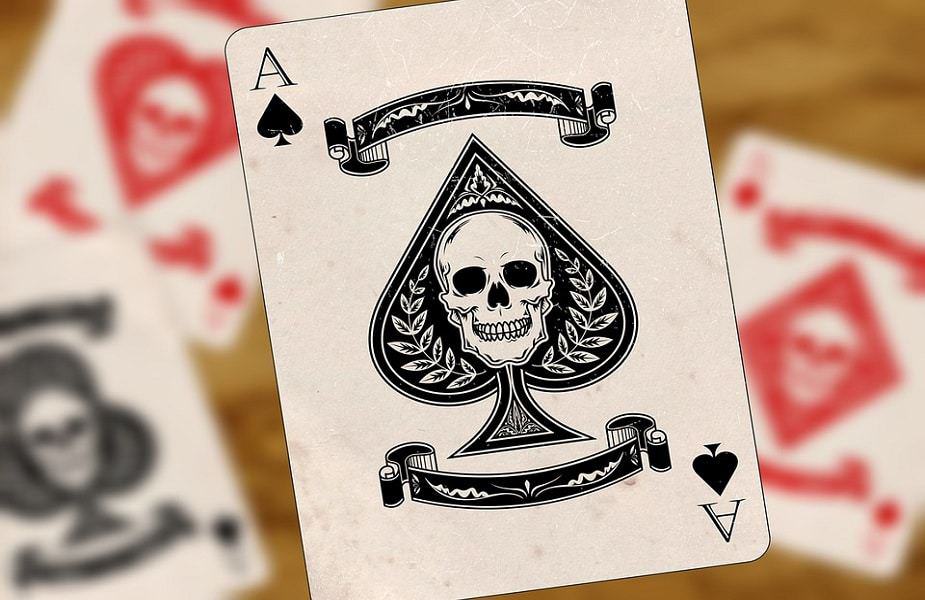 I have played millions of hands and have seen just about every kind of result you can imagine. This experience has made me painfully aware of what a bad beat is in poker. Part of the game is that there is almost no such thing as an invulnerable hand. However, occasionally the turn or river bring cause a massive change of fortunes for the players involved in the pot. That unexpected result is at the heart of bad beats.

So what is a bad beat? A bad beat occurs when a person holds a seemingly unbeatable poker hand and loses by the river. The severity of the bad beat is typically proportionate to the amount of money lost by the unlucky poker player. A bad beat is also a relative term that varies based on the situation and the player.

Nothing complicated there, right? Even so, understanding the definition still depends on how the phrase “seemingly unbeatable” is defined.

In my opinion, the term bad beat is one of the most misunderstood expressions in poker. In fact, I would wager that everyone who has played for any length of time thinks they have taken hundreds, or even thousands, of bad beats. I’ve got news for you; they haven’t. In fact, you can play hundreds of thousands, or even a million hands, and not take a true bad beat. You might be thinking, “Okay, Mr. Smarty Pants, so what is a true bad beat?” It’s rather simple, actually.

What Is a True Bad Beat in Poker?

A true bad beat is when the strongest of the strong hands lose to an even stronger hand.

When it comes to bad beats, there is a wide range of misconceptions out there. Some people feel that every time they lose with any reasonably strong hand, they took a bad beat, even if they lost while only being a 2-1 favorite. If you are one of these people, then you are in for a lot of disappointment and frustration in poker.

A 2-1 favorite, like AKs versus 98o, is a big dog to win three straight times. In fact, there is less than a 1 in 3 chance of it happening. Thus, no matter how you look at it, this example does not even come close to meeting the definition of “seemingly unbeatable,” no matter how pretty “Big Slick” looks.

Other Situations Too Common to Be Called a Bad Beat

Let’s go one step further and look at the strongest of the strongest hands, and see how “unbeatable” it is. We all know a pair of Aces is the best starting hand in poker, right? It’s common knowledge that it will win about 85% of the time versus a random hand when all-in pre-flop. No surprises here, right? Yet, how often do you think it will win 3 in a row against a random hand when all-in pre-flop? 80%? 70%? Nope. Try 61%. So, when you lose 1 out of 3 times when all-in with Aces during a session, do you think you are taking a bad beat? Once again, the answer is no, and it’s not even close.

Now, let’s choose an even bigger favorite and test it to see if it meets the stringent requirements of our bad beat definition. Say we have an overpair going into the river and our opponent is holding an underpair. In order to win, he has to hit a set on the river. With only two outs, how often do you think the under pair will win? I won’t make you wait for the answer since you probably already know anyway. It’s a bit under 5%. Yes! Finally! We got it, right!? A 95% favorite is seemingly unbeatable for sure.

Not so fast. Let’s use our same measuring stick as before and see if our latest candidate for bad beatdom holds water. A 95% favorite will win 3 in a row about 85% of the time. Hmmm.. that’s pretty good, but can hardly be called nearly unbeatable. Let me put it into perspective. A 95% favorite will lose at least one in three at about the same rate that Aces will lose when all-in pre-flop one time. Is losing with Aces rare? If you say yes, then you haven’t played much poker.

After all this analysis, we are down to our last option; the rivered one outer. In my assessment, this is the only “suck out” that seems to fit the requirements of rarity since it will only happen about 2.3% of the time. Even so, 2.3 times out of 100 is not crazy rare. That’s about the same odds that a pro golfer will make an eagle on a par 5, and that seems to happen all the time! Okay, I tend to babble, so let me get to the point here. Bad beats not really about losing to a 1 outer or 2 outer.

When it comes to bad beats, I’m not even talking about losing with flopped flushes or straights here. The hands that come to mind that are candidates for true bad beats are:

Let’s take a look at one of these specific examples and see if it qualifies in terms of rarity:

Let’s say we flop a full house and the money goes in by the river. We find out that our opponent had flopped quads and that giant pot gets slid over to our opponent. Ouch! This exact scenario will happen 1 in 4324 times.

To put that into perspective, most people won’t flop a full house 4000 times in their entire life. I may be stepping out on a limb here, but I think that’s rare enough to be called a bad beat. Here is another example of a true bad beat.

As it goes with anything, there is always an exception to every rule and bad beats are no exception. The one situation where the rules can be bent, ever so slightly, is when it comes to pots involving life-changing money.

For example, if you happen to be on the bubble of a major tournament, get all-in as an 85% favorite and lose, I am willing to make an exception and call that a bad beat. But only if it costs you thousands of guaranteed dollars. If it’s a .50 buy-in, the rule doesn’t apply. However, if you happen to get to heads-up in a high stakes tournament and lose as an 85% favorite, that is definitely NOT a bad beat. Getting second place is always still a lot of money.

Of course, the exception to this exception is if it’s a winner take all event. The same principle applies to cash games, where the money at stake also factors into the severity of a bad beat. Losing a $5 pot with 4 of a kind to a royal flush is technically a bad beat, but doesn’t really hurt that much. However, losing a $10,000 pot to a rivered 4 outer is a bad beat, but only because of the amount of money at stake.

What Is a Bad Beat Jackpot?

A bad beat jackpot is a reward that is paid out to a player who loses with a qualifying strong hand at showdown. The lowest qualifying hand varies from poker room to poker room, but they all usually require that both hole cards be used to make both the losing and winning 5 card hand. Usually, the lion’s share of the prize will go to the person suffering the bad beat, along with a certain percentage being spread out among the rest of the players at the time. Additionally, bad beat jackpots are almost always progressive. In other words, the prize continues to grow and grow, until someone wins it. Then, the prize resets from the base jackpot and the process starts anew. The money that funds the jackpot is derived from a portion of the rake from hands-on qualifying tables.

After losing in a highly unlikely spot, there may be a strong impulse to let other players know about the “injustice” you have suffered. While at the poker table, my advice is to refrain from making any conversation about the negative things that have happened to you in the past. Besides, it’s really true that no one cares to hear about your bad beat. For most players, they just see it as a form of whining as well as a lack of understanding on how the game of poker works. So, unless you want to be labeled a sucker, keep the annoying details of that bad beat to yourself.

Mentally Recovering From a Bad Beat

Now that I have spent all of this time defining what a bad beat is, let me shift angles a bit. In reality, when it comes to probabilities, there is actually no such thing as a bad beat. This is especially true if you play a ton of hands over your entire poker career. When you play games of chance, eventually bad randoms do happen.

My point for this article is to point out that everyone has the same exact exposure to suckouts and will, theoretically, take the same percentage of bad beats as everyone else over the course of a career. From a theoretical standpoint, this commonality renders the long-term negative effects of bad beats irrelevant. Ultimately, as long as you practice good bankroll management and are aware that bad beats do happen, you will be both mentally and financially prepared to deal with it when unlikely things happen at the poker table.

The moral of the story; don’t be a sucker. Just remember that next time you lose a big pot in an unlikely situation, over the long term, the odds are in your favor.