What Happens If You Have the Same Hand in Poker? Can There Be a Tie? 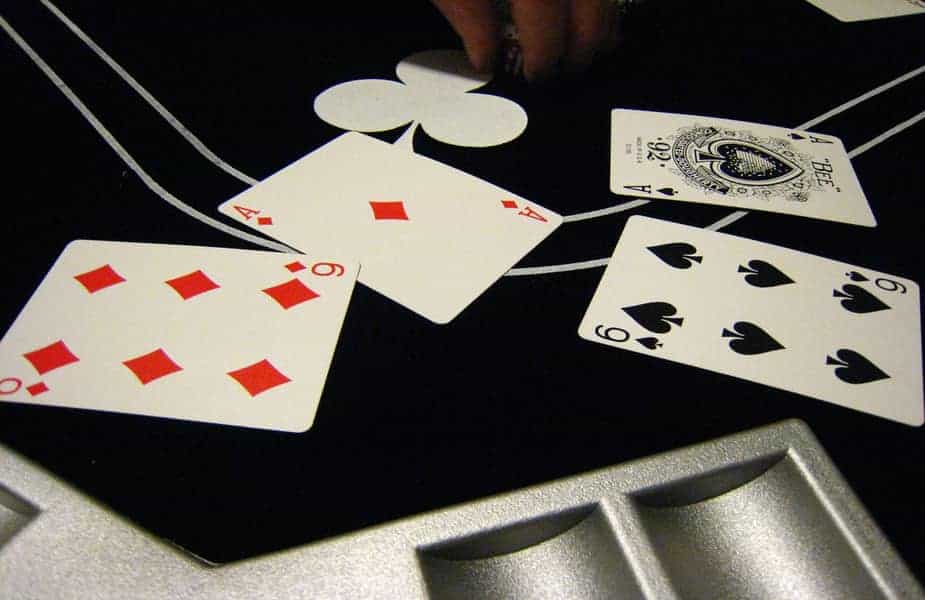 When two players appear to have the same hand in poker, deciding who is the winner is not always easy. I’ve played for over 10 years and will show you how to determine whether there is a winner or if there it is a tie.

Sometimes the basics are not enough and further explanation is needed. Let’s go through all the possible hands and show how a tiebreaker is handled for each and every possible situation in poker.

Having a tie in poker is actually a fairly rare thing. For the purposes of this article we will focus on ties in Texas Hold’em. However, the methodology works for any form of poker.

Who Wins If No One Has a Pair? High Card Tiebreaker Rules

The easy way to determine who wins if no one has even a pair is for everyone to put their hands in order from high to low. Then, simply start at the top and work your way down until the tie is broken. The highest non-tie card wins.

What Happens If Two Players Have the Same One-pair Hand?

If two or more players have the same pair, you use the same methodology as you do for high-card hands. The next highest non-tie card determines the winner.

Who Wins in Poker If Both Players Have 2 Pair? Two-Pair Tiebreaker Rules

Two pair winners are really easy to determine, the player with the higher pair wins. For example, JJ22 beats TT99.

If both players have the same two pair, it is also easy to figure out the winner since there is only one kicker. Whichever kicker is higher wins.

Three of a Kind Tiebreaker Rules

The person with the highest three of a kind wins. If two players have the same three of a kind, then the kickers are used to determine the tiebreaker.

Three of a Kind Tiebreaker Examples:Which Hand Is Best in High-Low Poker?

What Happens If Two Players Have a Straight or Flush?

If two or more players have a straight or flush, whoever has the top card wins.

What If Two Players Have a Full House?

To break a tie with a full house, whoever has the highest “trips” parts of their hand wins. The “pair” part of the hand does not matter except as a tiebreaker. If the pairs are the same as well, then the hand is a tie and the pot is split.

Four of a Kind, Straight Flushes, and Royal Flushes

Unless the hand is on the board, it is extremely rare for there to be two players with the same ultra-premium hand like four of a kind, a straight flush, or a royal flush. However, it is easy to decide who is the winner.

What Happens If Players Have the Same Hand Even After a Tiebreaker?

Can there be a tie in poker? In poker, if no winner can be determined with a tiebreaker, then the hand is declared a tie and the tied players split the pot. The most frequent time there is a tie in poker is where the board is paired twice and two or more players each have the same high card.

What If the Best Hand Is on the Board?

If no part of anyone’s hand can break the tie, then the pot is split equally among the players with cards. This commonly happens when there is a straight or a flush on the board. This is known as “playing the board.”

How Do We Split up the Pot?

The easiest method to split up a pot in poker is to start with the highest chip color and work your way down. If there is an uneven number of a color, you pull in enough from the next lowest amount to even it up. Then start the process again with the next highest color available.

What If There Is an Uneven Amount in the Pot?

If there is an extra chip left over after the pot has been split, then the first player seated clockwise from the dealer gets it. In heads-up, the player who was the Big Blind gets the extra chip.

Which Hand Is Best in High-Lo Poker?

There are a few variations of poker, namely Omaha Hi-Lo where the low hand wins half of the pot. In this case, whoever can make the lowest possible hand that isn’t a straight . 5-4-3-2-A is known as the “nut low.” and is a really strong hand in Hi-Lo games.

What Are Common Tie-Breaker Mistakes?

In pub poker or home games, I see people scoop a pot quite frequently when it was supposed to be a tie. The most common time this happens is when someone is dominated and then their kicker is counterfeited at some point during the hand.

Here are some examples:

AQ vs. A2– Board runs out A588K, which means they both are holding two pair Aces and eights with a King kicker. I have witnessed the pot be pushed to the AQ guy and the next hand be about to start before anyone notices.

66 vs. 44– Board runs out KTT7K, which means they both are playing the board with two-pair, Kings over Tens with a kicker. I swear, I wish the guy with 66 would notice the counterfeiting just one time. I’ve seen supposedly “experienced” players not even understand that 66 and 44 are tied here.

AA vs. AK– Board runs out 97568, with a straight on the board it’s a split pot. Yet you’d be surprised how often the guy with AA will try to drag in the entire pot.

Remind Me, What Is the Hand Ranking Order Again?

Ranked from best hand to worst:

Now you know how to break any possible tie in poker if two players seem to have the same hand. If you want to learn the basics of poker strategy, you might want to check out my Complete Texas Hold’em Strategy Guide.

Can you have two hands in poker? You are required to always play your highest hand possible in Texas hold’em or other poker games. However, if you verbally announce a weaker version of your hand then you actually have, the dealer may actually force you to play the weaker hand.

Which is higher straight or flush? According to the hand ranking rules of poker, a flush always beats a straight.

Is JQKA2 a straight? AThis is know as an around-the-corner straight and is only used as a special rule in some home games. In games that follow the exact rules of poker, JQKA2 is not considered a straight and is just an Ace-high high-card hand.