Can Poker Be Played with 2 Decks? | Probabilities and Hand Rankings 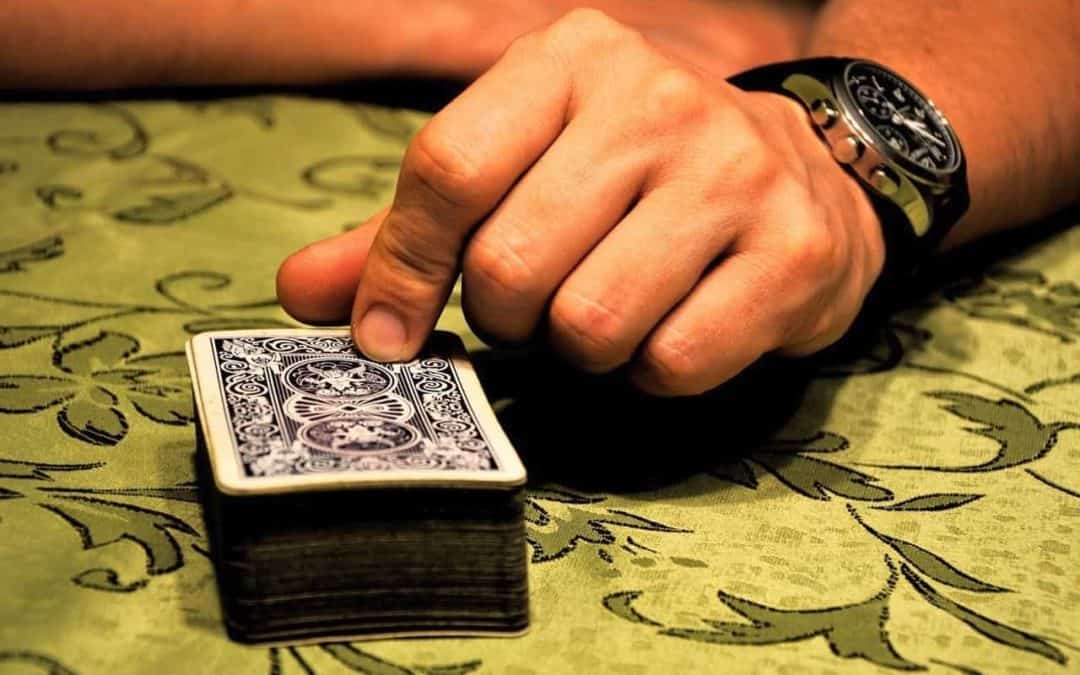 I have often wondered if anyone ever plays poker with multiple decks of cards. If it is a viable way of playing, what are the rules and hand rankings? I did some research on playing poker with more than one deck and this is what I found out.

Can poker be played with 2 decks? Poker games can only be played with one deck. All poker rules are built around having just one deck. If multiple decks were used the odds and probabilities would change and you would no longer be playing the same game.

Since we know that the game would be altered and could no longer be called poker, let’s take a look at the reasons why this would happen.

Multiple Decks Would Alter the Odds

Playing more than one deck in a poker game would necessarily force you to change your strategy in every situation. Most notably, you would have to revamp your understanding of how the additional 52 cards would effect outs for drawing hands. Here are a couple of examples of things you’d have to consider:

This is something that surprised me. You may have also noticed this trend in the above calculations. In two-deck poker, your percentage of hitting your draw is the same as the number of outs you have. Here is an outs chart to illustrate my point:

Since hand combinations would be built differently, you would run into some issues when determining hand rankings. The problem with 2-deck poker is that the rankings would not flow logically the same way it does in normal poker. An example, it is less likely to make 5 of a kind than it is to make a straight flush. That simply makes no sense, straight flushes are the 2nd best hand in poker next to the Royal flush.

Here is what the hand rankings would be for two-card poker:

It’s obvious that 2-deck poker would play more like Omaha, save for having two hole cards instead of 4. Draws would go way up in value and the hand leading on the flop would rarely be the winner on the river.

On the plus side, there would be a huge amount of action in every hand. Being ahead or behind would become murkier and you would probably see multi-way pots for multiple streets more often than not. Here are some general guidelines for two-deck poker:

Keep in mind that these strategic suggestions are based purely on my experience and examination of the basic rules. I could be way off. I would recommend a resource for you to study. Unfortunately, I know of no professional 2-deck poker players or anyone who plays that game on a regular basis. If you figure something out, please comment below.

Should We Play 2-Deck Poker?

In my opinion, you can’t even call 2-deck poker “poker” since the hand rankings are different. The one thing that is in common among all high-card poker games is the hand rankings. Change that, and you are playing something else. Maybe you could call it “Toker”?

What if we have too many players for one deck?

The main reason people may try 2-deck poker is if they have so many people they are afraid of running out of cards. However, this is not a huge concern. There are only 8 cards needed to do the flop, turn, and river including the burn cards. This leaves 44 cards to deal to players. That means 22 players can play poker on a single deck!

Even so, this would be a cluster muck, to put it mildly. Instead, it’s much better to just use two decks and play two different tables. If you want to all still play together, just do a tournament. Everyone throws an equal amount in a hat and you all play for a prize pool.

Unless you are looking for a new game to play and don’t mind having to completely relearn poker rules, or “toker” rules, then I recommend not playing poker with two decks. Besides, Texas Hold’em, Omaha, or any of the other variants are poker are complicated enough to learn. I’ll stick with what I know.

What is the best playing card brand? There are 3 main quality poker brands on the market. My favorite happens to be Copag.

How many cards are in a poker deck? In a standard poker deck, there are 52 cards and usually two jokers.

Can you play poker with two players? Two players can play a game of poker. This is called “Heads-Up” poker. The rules of position and dealing order are slightly different, but everything else plays the same.

What is the max players on a poker table? Theoretically, 22 players could be on the same poker tables with one deck. However, the most you will usually see is 10 people. However, I have been in tournaments that put the final 11 on the same table when the “bubble” was 10 players.