What Is Considered Small, Mid, and High Stakes Poker? – The Key Differences 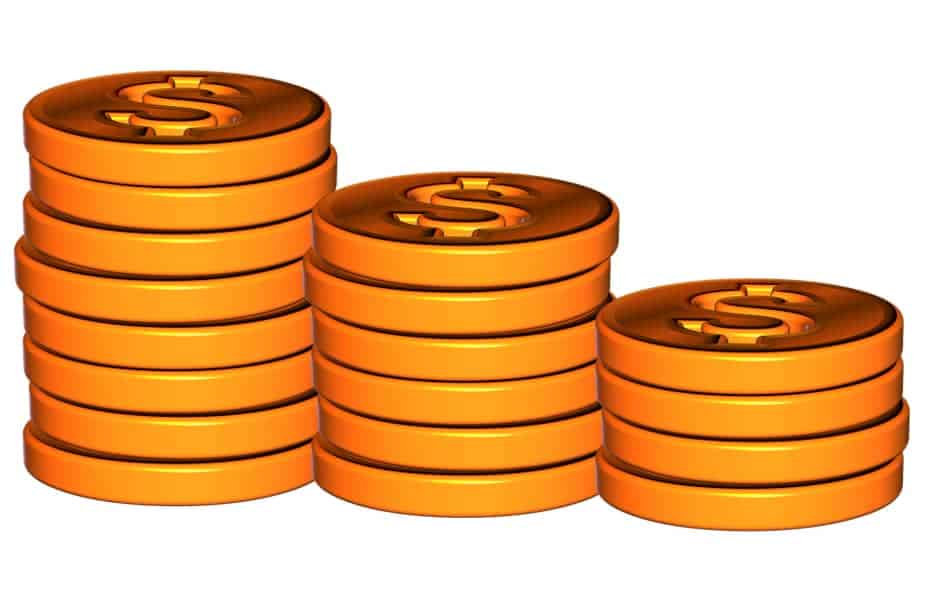 Every cash game poker player strives to move up from micro-stakes to small stakes beyond. I have been playing for over 12 years and can shed some on the various stake levels as well as what it takes to beat them.

What is considered small, mid, and high stakes poker?

Now that you know what the stakes are, let’s discuss each level in turn and find out what it takes to move up.

The nature of each cash game stake will vary from poker room to poker room. However, in my experience, there are some fundamental commonalities of what can be expected at each level as you move up through the stakes.

Micro-stakes poker ranges from lowly $0.01/$0.02 up to $0.10/$.25. This is usually either a place for recreational players to splash around or a proving ground for ambitious players who want to move up as soon as possible.

The games are typically characterized by looseness pre-flop with lots of limping and passive post-flop play. It is not unusual for there to be multiple players still in the pot when the river is reached.

Tips on Beating the Micros

It does not take a ton of skill to win at the micro-stakes. In fact, the winners are usually just the ones who are making the least mistakes. Here are a few tips:

How much can a good micro-stakes player expect to win per month?

How much can be made at the micros is really irrelevant. You should not be looking to play at penny stakes more than just a few weeks or months while you learn the game.

Even so, there are quite a lot of players who are full-time regs at either 10NL or 25NL. Even with mass-tabling and uber rewards, it’s hard to make more than $8 an hour doing this.

My advice is that if you don’t have aspirations to be a poker “star” and are okay just making a few hundred every month playing poker, then work hard on your game and learn to beat at least 50NL.

50NL players are not that much tougher to beat than 25NL regs, so you owe it to yourself to study hard enough to at least break into the lowest level of small stakes.

Small stakes games include just two stakes, $0.25/$0.50 and $0.50/$1.00. This is where you first start seeing a large number of full-time or part-time pros eeking out a marginal living in poker. It’s not uncommon to find players who have been 50NL or 100NL players for several years.

The quality of small-stakes games can vary widely from poker site to poker site. For example, on America’s Cardroom small stakes are very difficult to beat except for even the most dedicated players. The level of play that was once only common at 200NL or 400NL is now seen on numerous tables daily on ACR.

On the other hand, softer sites like Ignition poker have soft enough small stakes games that even newer players have a chance of winning. I would say that 100NL on Ignition is comparable to 25NL on ACR. There are more rewards on the latter, which does narrow the gap a bit. Even so, it’s always much better to play the higher stake then rely on being a “ pro.”

To beat small stakes, you need to have more than just a basic “tight is right” strategy. You have to also have at least a rudimentary understanding of some advanced topics that include:

Beyond these factors, you will need to be able to think on level two and have an elementary understanding of and table dynamics. Small stakes is all about playing exploitative poker.

How much can a good small-stakes player expect to win per month?

There actually are well-documented cases of 100NL professionals making over $10,000 a month after and rewards. This is mainly associated with Pokerstars in the “old” days and on the Winning Poker Network now, with the Beast promotion. This is more the exception than the rule though.

Mid-Stakes includes $1/$2, $2/$4, and $3/$6 blinds. Online, these are the stakes where most of the best players on the site congregate. In fact, the only time most really good player will play higher than mid-stakes, is when there is a known bad player on the table.

For laymen, it’s impossible to tell the difference when watching a small-stake or mid-stake game side-by-side. For long-time poker professionals, the difference is usually profound.

The most striking difference that you start seeing at mid-stakes lies in the more nuanced bet sizings. People are a lot more of aware of potentially getting exploited, so they try to optimize their bet size accordingly.

For example, it’s not uncommon to still see 3x raises with a steal on the button at 100NL and below. You will almost never see this from a reg at 200NL or higher. They know they can accomplish the same thing by raising to 2.5x or even a min-raise, so why waste the extra money when they fold to a 3-bet?

Tips on Beating the Mid-Stakes

If you want to join the top 2% of poker players and learn to win at mid-stakes be ready to dedicate your life to poker, at least partially, for some time

amount of study hours it takes to go from beginner to being able to beat 200NL in the modern game is akin to going from a white belt to black belt in martial arts.

In fact, it actually seems like a pointless exercise for me to give a list of tips in beating this level. This is because it’s like trying to explain the universe in one sentence and with 4 examples.

Nevertheless, here are just a few things you must master before even attempting to beat 200NL or higher (on most poker sites):

The point of this article isn’t try and give you a guidebook to winning at poker. I understand that many people reading this won’t have a clue what I am talking about. That’s okay, but you need to be aware of just how big of a chasm there is between the poker mind maturity of a winner at micro-stakes and mid-stakes. A good analogy is for an average chess player to try playing a grandmaster.

How much can a good mid-stakes player expect to win per month?

For most online poker sites, mid-stakes is where you start to see highly skilled players emerging who can make a decent living playing professionally. For example, my win-rate at 200NL was around 8bbs/100 which gave me an approximate hourly rate just under 40/hr while 4-tabling.

Save for a few wealthy “whales”, most players will never experience what it’s like to play for average pots that exceed in excess $1,000 on a regular basis. Enter the high-stakes cash game poker professional.

Basically, what typical high stakes players do is game select heavily and work hard to ensure that they have an edge in every game they play. In fact, often the skill difference between mid-stakes and high-stakes players mainly lies in their ability to manage their bankrolls and careers a bit better.

To win long term at high stakes takes a dedication to the game and an ongoing commitment to keeping up to date with the latest strategy. Career management must be strong.

I am not going to give you a list of tips on beating high stakes. It’s actually pretty ridiculous to do so since only 1 in 100,000 players will likely even ever play a session of 1000NL or higher. Personally, I have never played a hand higher than 600NL and am not even qualified anyway.

What I will say, is that once you are beating mid-stakes you will already understand what it takes to at least some degree. Whether you decide to take a shot at high stakes will depend mostly on financial security in taking a shot.

How much can a good high stakes player expect to win per month?

For the few that do make it as a successful high stakes poker player, the amount of money you can win is pretty limitless. Even for part time guys that beat high stakes, 100,000 a year likely feels like the floor for them. Think about it, 100,000 is only 100 buy-ins of $5/$10.

Let’s get one thing out of the way. Variance is insane at these stakes. Almost no one is actually correctly bankrolled to play the nosebleeds. Conservatively, you really need at least 50 buy-ins to be a regular at any stake. Even for the “smallest” nosebleed stakes, this is $1,000,000.

The nosebleeds are an interesting phenomenon that reached their height right before the fall of Full Tilt Poker. The volume of hands played at those ridiculously high stakes has never been matched since.

The truth is, it takes a special type of person to play at this level. You have to be a billionaire, a big risk taker, or have a huge ego to even think about taking on the nosebleeds.

Even so, the level of play at the highest levels is actually probably not as good as it is at even mid-stakes. The reason is that most strong poker players will not risk their hard-earned money without having a gigantic edge in the game. That’s why you’ll often seen players enjoying a higher win-rate at 2000NL or above than they have at 1000NL.

How much can a good nosebleeds player expect to win per month?

Since very very few many people solely play the nosebleeds, it’s more of an opportunistic or ego exercise for the majority of the player pool at any given time. Therefore, it’s not even worth commenting beyond just saying that fortunes are won and lost weekly and even daily in these games

Besides, it’s really hard to be a regular in those nosebleeds and get enough volume in. Like high stakes, the nosebleeds are more about taking shots for the vast majority of the players.

What Minimum Bankroll Is Needed to Play Each Stake Based on a 100 Big Blind Buy-In?

Assuming that each stake is your regular game and you are not taking shots, you typically want at least 50 buy-ins at a stake. Based on that, here are the bankroll requirements of each stake:

The Stake Levels in Live Poker

This article has mostly been about online poker. So, let’s briefly discuss the stakes in live games. Below is a list of the live equivalents in skill level.

Here are the live equivalents to online stakes:

Keep in mind that you can only 1-table in live poker. This means everyone is presumably able to play their A Game. Also, live recreational players tend to be much worse live. This means 200NL is like 5NL online. 1000NL or 2000NL is often like 200NL online. You get the idea.

Now you know the differences between all of the stakes, both live and online. You also have some idea of what it takes to become a winner at every level.

If you are interested in taking a step toward building a poker game with a strong foundation, you might be interested in my Complete Texas Hold’em Strategy Guide.

Who are the most famous high stakes poker players? There are too many to name them all but the most famous high-stakes players of all time include Daniel Negreanu, Phil Ivey, Victor Blum (Isuldur1), Doyle Brunson, Johnny Chan, Phil Galfond, John Juanda, Tom Dwan (Durrr), Doug Polk, and Ben Sulsky (sauce123).