Are Poker Players Smart? It Depends 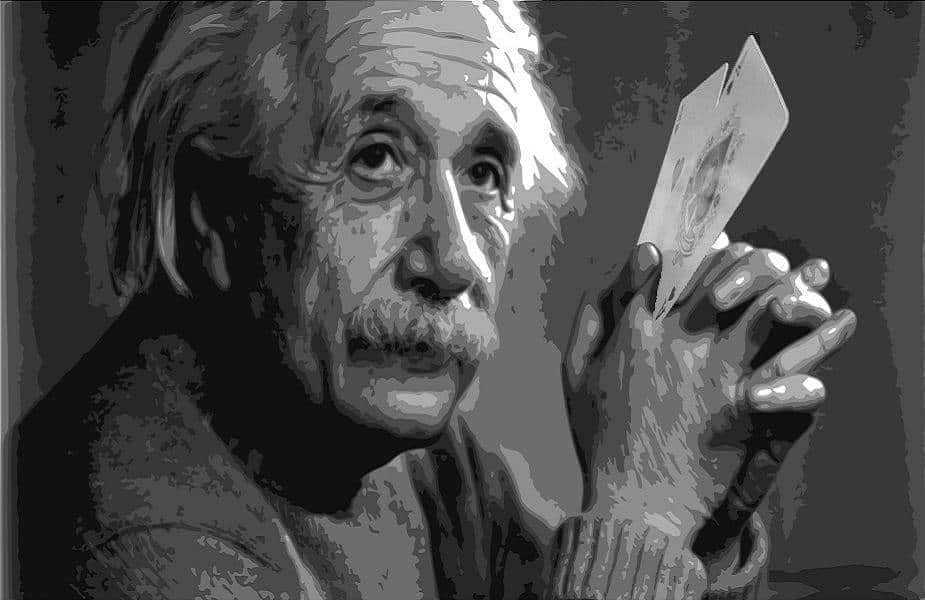 I have played for money as a professional poker player for over 10 years now. The ride is definitely a rollercoaster that takes a specific skill set in order to excel. It takes a lot more than just pure intelligence or a high IQ to win at the game. In fact, just being smart might be the least important quality that leads to success.

So are professional poker players smart? In many ways, yes. In order to succeed and win money at poker, a person must develop their mathematical and logical reasoning skills beyond what an average person would know. Even so, raw intelligence is less important than having the strong work ethic it takes to become skilled at the game.

Intelligence is defined as the capacity for learning and an aptitude for spatial recognition, analytical thinking, and the ability to retain facts. Even so, raw intelligence can only take you so far. The core concepts and fundamentals of poker must be learned, but that can be done by a wide range of intellects. Beyond that, it’s less about being smart and mostly about repetition and recognizing patterns in your opponents.

In my opinion, being well rounded is usually much better than just having a high IQ. Having amazing raw intelligence is worthless if you have little social ability and ability to figure out what other players are doing. Purely social players will be great at adapting, but if they don’t have the intelligence to play a mathematically strong strategic game, they won’t win.

Even so, contrary to popular belief, no one is pigeonholed at birth as being completely inept at any skill. To win, poker players must play to their strengths while developing competency in their weaknesses. Ultimately, the level of success a poker player achieves is more about work ethic and emotional control and less about just purely being smart.

The Truth About Winning at Poker

Once you learn all of the fundamentals of poker, winning is less about memorization and more about adaptation. Most poker players who have been playing for a long time each have similar skill sets when it comes to what their base knowledge is. What separates the winners from the losers is the ability to use the limited information available to adjust to their opponents.

For example, if you know that an opponent bets so often in a particular situation that he can’t always have a strong hand in that spot. Therefore, you adapt to his imbalanced betting strategy by loosening your hand strength requirements for calling or raising when he bets. On the other hand, if a player bets infrequently and is imbalanced toward having strong hands, you exploit him by doing the opposite and tightening up your continuing range of hands.

How Smart Are Professional Poker Players?

Successful players come in all personality types, backgrounds, and styles of play. To win you must first understand how professional poker players win money. Once you implement those ideas, things become much simpler. You must realize that a poker career is just one long session and those that continue to make choices that have a positive expected value more often than their opponents ultimately win the most money.

Put another way, luck may win over the short term while skill wins over the long term.

The Importance of Emotional Intelligence

While raw intelligence is overrated, emotional intelligence is underrated almost equally. In fact, mastering emotional control and discipline might be the most important skill that any poker player possesses. What good is it to make all of the right decisions if you are prone to going on tilt the first time that you take a bad beat?

Poor emotional control has lead to the downfall of more aspiring poker players than any other factor in the game.

Players who have superior emotional control realize that every hand counts and that bad beats will happen. Since everyone gets unlucky from time to time, it’s the people who are able to continue making quality decisions through adversity ultimately come out on top.

Can Poker Make You Smarter?

To me, asking this question is like asking if getting a standard school education can make you smarter. Based on all of the ways intelligence is measured, developing the brain is just like one of your muscles. In fact, scientific evidence suggests that regular stimulation of the brain can improve brain function and even slow down or reduce the risk of cognitive decline.

I can’t think of anything that stimulates my brain more than playing poker. You have to constantly do complicated math, recall things you have memorized in the past, while also figuring out what all of the opponents are doing at the table at the same time. While doing this you have to keep mental control like a Vulcan else it all falls apart. If you want to know what mental fatigue feels like, try grinding 8 hours straight in a poker tournament!

What Is the Average IQ of a Professional Poker Player?

Defining the average IQ of a professional poker player is impossible. No studies have been done on the subject. If I had to venture a guess, I think that accomplished poker players would have an above average IQ while beginning players would be average. This is because mastering the game of poker would certainly improve a person’s ability to more effectively answer many of the questions given on an IQ test. The mere repetition of having to learn all of the necessary aspects of playing winning poker would likely have a definitive position influence on any intelligence rating.

Is There a Formalized Poker Course so That I Can Get Smarter?

Unlike other games or sports, little has been done to standardize or codify the way students are taught. This might be due to the complexity of poker and difficulty or impossibility in solving the game. Additionally, the ego of your average poker player is typically pretty robust. If you talk to 100 different professional poker players you probably would be told 100 different “best” ways of playing.

Even so, I firmly believe that the game can be broken down into core fundamentals that, when followed, lead to a high percentage of poker plays that have a positive expectation. I have attempted to compile that information in a comprehensive poker tutorial if you want to check it out.

Other Benefits of Playing Poker

There are a few ways outside of enhancing intelligence that poker can help improve a person:

So, the next time someone asks you if poker players are smart, you can tell them to ask you again after a couple million hands.