What Percentage of Poker Players Are Winners and Make Money? 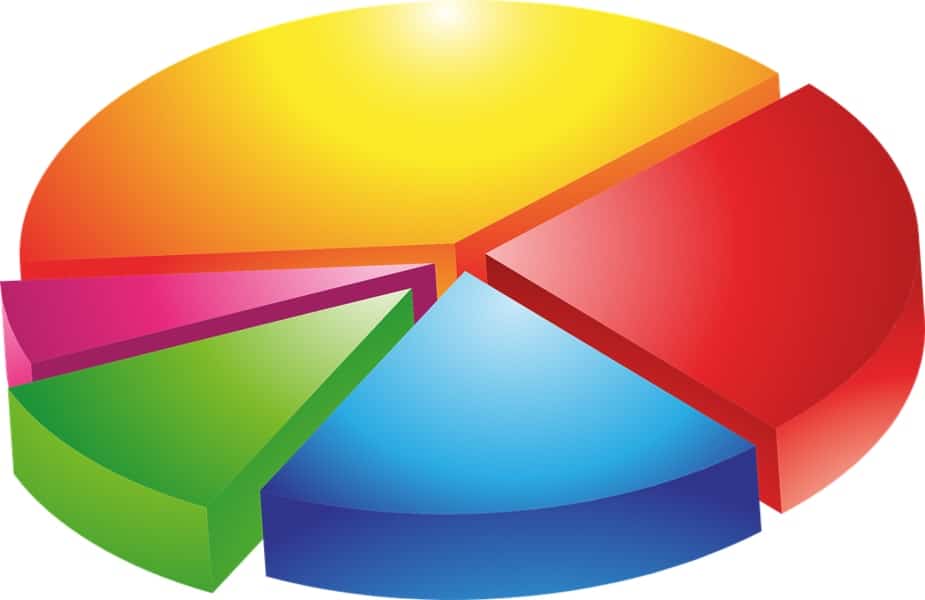 It seems that every poker player I talk to claims to be a big winner. It’s rather obvious that it’s impossible for everyone to win so I did some online research to find out just what percentage of poker players make money. I had a difficult time finding any definitive answers, so I analyzed my long-term online poker database and used the data to find out the answer for myself.

So what percentage of poker players are profitable? Out of a sample size of 609 players from my Hold’em Manager database who had played at least 10,000 hands, only about 30% were profitable after the rake. While 18% of players were solid winners, 49% were moderate to significant losers.  The 33% remaining players fell into the category of either small winners or small losers.

While the data does not necessarily surprise me, there are a few facts that are rather interesting. Let’s dive a bit deeper into the details and see what we can glean.

What Are the Details of the Study?

Poker Sites the Sample Was Obtained From

The sample was obtained from play on the Winning Poker Network across two skins, America’s Cardroom and Black Chip Poker. Stakes ranged from 10NL up to 200NL with a mix of No Limit Hold’em and Pot Limit Omaha.

What Is the Exact Percentage Break down of the Winners and Losers?

What Is the Most Won or Lost by a Player?

The biggest winner won $7,840 while the biggest loser lost $15,151. Clearly, it’s a lot easier to lose than it is to win. Only 18% of players had what is typically considered the standard of what is a good win-rate.

What Percentage of Players Are Profitable over the Long-Term

The exact percentage of long-term poker winners cannot be known. However, if you factor in rake and the fact that variance can make players quit during a losing streak, the actual number of players who are profitable over their entire  is almost certainly very small; likely somewhere around 15% or even less.

other words, if I were to redo this sample on the same site in 2 years a lot higher percentage of the winners would still be playing while a large percentage of the losers would be gone. It’s simply inevitable that losers will eventually go broke and stop unless they improve and start winning.

What Is Considered the Long Term?

In poker, the long term is one of those concepts that is completely subjective. Even so, what it boils down to is the number of hands played where one can be confident that he or she is either definitively a winner or definitively a loser.

The Long Term For live Players

For live players who might play somewhere around 30,000 hands a year, if they are lucky, the long-term typically starts to come into focus at around 100,000 hands. However, since they are playing just 1 table in typically really soft games you can expect the average live winning players win rate to be higher than the average winning online player.

The Long Term For Online Players

I would argue that, for multi-tabling online players, the long-term begins to be reached at about 250,000 hands. Due to short-term variance, our “actual” win-rate might be off by a big blind or three during a sample of this size, but the overall trajectory should be clear.

Let’s take a look at a graph of the 10 biggest winners from the sample I used.

There are several striking things you will notice when you take a look at this graph that spans almost 750,000 hands:

Now let’s take a look at the graph from the 10 biggest losers.

The graph from the 10 biggest “fish” almost comically looks to be a mirror image of the winners’ graph. While the losing trajectory is obvious, you will notice that there are stretches as long as 50,000 hands where these players are winning.

Does the Softness of the Player Pool Affect the Percentages?

The overall “fishiness” of a player pool might affect the ratios a bit since, with less parody, the money will tend to move to the top much faster. Therefore, there might tend to be more crushers and huge losers.
However, this is a hypothesis that is impossible for me to test since the soft poker sites I play on are anonymous or semi-anonymous.

How Does Rakeback Affect These Percentages?

Assuming all players in the player pool took advantage of then it would change the overall ratio of winners to losers. This is because many small losers would now become break even and many breakeven players would become small winners.

How Much Does Rakeback Improve Overall Win-Rates?

From what I can tell, the 27% on the Winning Poker Network will improve a players win-rate by roughly 1.5bb/100. My guess is that this would account for a 5% shift in the ratios toward the winning side. So something like 35% of people as winners and 65% losers, instead of 30% and 70% respectively.

How Does a Rakeback Boon Alter the Player Pool?

Based on a 1.5bb improvement in win-rate, let’s take a look at how our groupings might change. I am not a big enough math wiz to use the limited data in Hold’em Manager to come up with exact numbers, so I will rely on common sense and the WAG (wild ass guess) method. Previous numbers will be in parenthesis.

Basically, 21-39 people of each category got promoted upwards in my semi-arbitrary classification system. However, only 32 people out of 609 went from losing status to winning status.

This is not exactly a titanic shift. However, it is worth noting that in environments with reward systems there are likely to be more winners than otherwise.

However, I thought I would point out that on sits with robust reward systems, there tends to be a higher concentration of serious players who are looking to take advantage of said rewards. This factor potentially offsets the benefit of any rakeback system and makes the entire player pool suffer as a result. Alas, that is an argument best saved for another day.

What Makes One Player More Profitable Than Another?

Factors that contribute to making a player profitable are literally the million dollar question. While the answer seems simple (become a skilled player) there is more to it than that. While defining exactly what makes one player more profitable than another could be the subject of entire books, I did write an article on the subject called How Professional Poker Players Make if you want to check it out.

Here are the cliff notes on the 3 keys to maximizing profit:

How many professional poker players are there? There is very little data on exactly how many poker players there are, much less how many are professional. However, one statistics site seems to think there are just over 20 million online real poker poker players in the world. While we cannot know how many are pros, we can use the data gathered in this article to make a guess on how many play well enough to make a good living. My database shows that about 18% of players are solid winners. 20 million times 18%= 3,600,000.

Is poker still profitable in 2018? Making money at poker is mostly about finding players who play worse than you do. Therefore, through good poker site and table selection, anyone with a reasonably good strategy can win.

What is variance? Variance can be either positive or negative. Basically what is means is that, during a particular sample size of hands that you have played, you either made more money or less money than expected based on your perceived win-rate.

My biggest surprise from this exercise is the realization that nearly half the players in any given player pool are absolute fish and are losing money at an extraordinary rate. So next time you play, look around and realize that it’s likely that everyone but 2-3 players just there to donate to everyone else. This should give hope to us all that poker is not dying but is alive and well for decades to come. As long as you are willing to do the work.