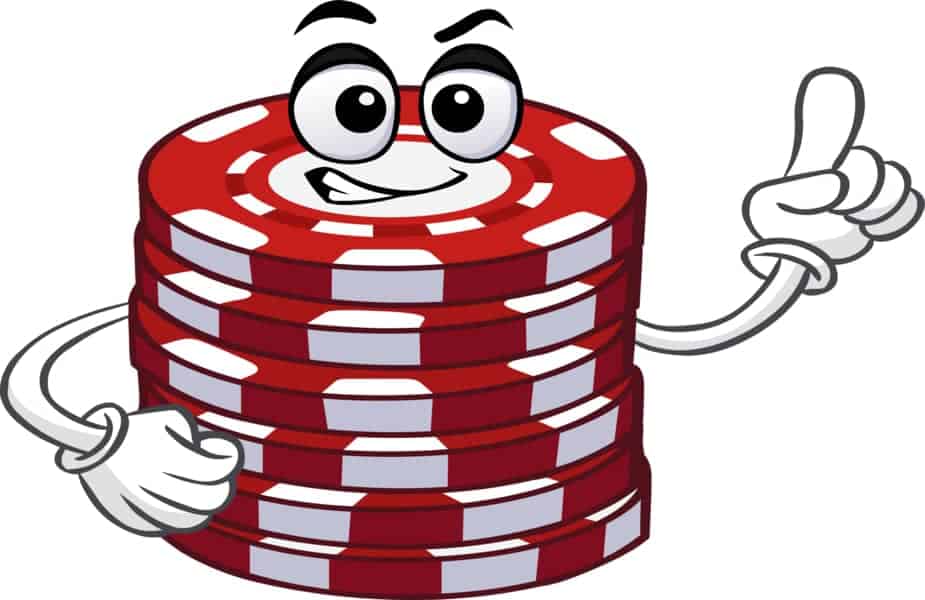 There are many benefits to playing a short stack in cash games. However, most of the advantages are still unknown to most players. In fact, I was recently asked on my YouTube channel why someone would choose to buy in for only 30 or 40 big blinds. I have been a professional short stacker for almost 10 years now so I feel I am qualified to answer.

So, why play a short stack? Short stacking simplifies things and cuts down on the number of difficult post-flop decisions, lowers your day to day variance, allows someone to play higher stakes with a smaller bankroll.

Still need convincing? Here are the 10 biggest reasons you should consider trying a short stack.

When playing a 100 big blind or bigger stack, most of the tough spots come on the turn in 3-bet pots or the river in single-raised pots. But a short stack almost never has to face these difficult decisions. They are typically all-in before it came to that!

Here are but a few things short stacks don’t have to worry about:

Instead of having to spend countless hours studying optimal post-flop lines in high SPR situations, a short or mid-stacker stacker can focus on making solid +EV decisions and exploiting the unbalanced nature of most of today’s opponents.

Reason #2: Variance is Less and Bad Days Aren’t As Bad

Since short stacking is a lot more straightforward and automatic (yeah, I said it), it’s harder to play terribly bad or lose a ton of buy-ins quickly, even when tilt is creeping in. The fact that it’s impossible to lose more than 30-50 big blinds at a time provides 3 main benefits.

You’ll note that the short-stacked player took the more comfortable 40-buy-in approach that I recommend while the 100bb player stuck to the typical 30 buy-in requirement. Even so, the small stacker needs less than half the money to take shots or move up to the next stake. While the full stacker is taking a shot at 200NL, the short stacker is already playing 500NL.

One day, I think that it may be common practice for people to initially learn poker by employing a stack 40 big blinds or less. A lot of the common mistakes people make while playing deeper stacked instantly disappear.

When learning something new, I am a firm believer in learning to walk before you run aka the K.I.S.S. method. If you are not familiar with this, you should be. I just think that if playing a 100bb starting stack is harder and more complicated, why do it?

I know what you are thinking. Most “authorities,” say we play deep-stacked so that we can “get full value” from the weaker players at the tables. Maybe this was true back in 2006 when bad players would stack off with top pair no kicker for 150 big blinds like it was going out of style.

But today, even the so-called “fish” are a little more discriminating. Many might even hesitate to call more than 1 or 2 streets with a weak top or 2nd pair since there is the ever-present leverage of the money left behind for future bets. Of course, they might call 30-40 big blinds against a short stack with these hands, giving shorties more value in these spots.

But beyond specific tactical situations, playing a small stack has numerous passive benefits. In fact, just buying in short removes many potential leaks. Furthermore, just sitting down at the table with less than a “full” buy-in, tends to drastically alter the table dynamic.

If other players don’t notice us and adjust, we profit.

Additionally, overall loss rates will be reduced considerably during the novice period. In fact, the “growing pains” most neophytes endure may be erased entirely. Several beginner players have written to me over the course of the last few years and said they are beating the game for the first time ever. Some of them are not just beating it, they are absolutely crushing it.

This is one of the positive consequences of the general poker population being so anti-short stack.  Rather than accepting buying in short as a viable way of playing, most seem to completely shut themselves off to the idea.

Instead, they focus on full stacked strategies and largely ignore what they refer to as  “parasites” are doing. This allows us to fly under the radar, somewhat, and make additional profit from their collective mistakes made hand after hand against us.

There are numerous other facets of short stacking that more than offset the value we lose against full stacked fish. The awesome thing is, we don’t have to think about it. We mostly just have to buy in for the minimum, and profit.

This ties into #1. Being short gives us yet another tool to avoid tough spots. As a short stack, we can often mitigate difficult situations by just shoving all-in. In fact, it’s almost never a giant overbet when you start with 20-40 big blinds.

This is a common scenario that haunts 100bb players. You hold a moderately strong hand on a dynamic flop. The fact is, you will face a difficult turn or river decision on a large number of runouts. Sometimes there are seemingly no good turn or river cards.

The good news is that, as a short stack, we can just overbet stick it in immediately on the flop, and it’s out of our hands. We know we have a +EV decision and are going to profit from our all-in. This often sends to ball into our opponent’s court and gives them the chance to make the error.

This is something I have learned both through experience and spending more hours on CREV than I care to admit. Usually, the straightforward and least complicated decision is also the most +EV one. Here are 3 quick tips:

Sure, short stacks can play higher stakes with less bankroll, but they also risk losing less money if a poker site, God forbid, goes belly up. This has been a constant concern since Black Friday.

And since I advocate that beginners start with less than $100 in their poker accounts, the risk is almost nil.  If nothing else is considered, the fact that someone doesn’t have to pay hundreds or even thousands of dollars to learn the game and become a winner should be reason enough for people to shed the “old” way of doing it and do something that ( in my mind) makes the most sense.

Against players who like to bluff often, our stack size dulls the edge of their sword a bit. Even typical quasi-maniacs will play more straightforward against us and, instead, often try to trap.

Being less bluffable gives us the ability to more confidently bet-fold with our mid-strength hands, especially on later strengths. Since it always seems like we are committed, people are generally less likely to try running a bluff against us.

Reason #9: Set Mining Against Us Is -EV

While this might seem too insignificant to warrant its own category, just stop and think for a second. We all know that making a profit in poker is about both exploiting edges while denying others their ability to make +EV plays. Part of the bread and butter of playing a 100bb stack is by occasionally set-mining.

However, due to a lack of sufficient implied odds, it’s almost never correct to set mine vs. a short stack. There simply isn’t ever enough money behind in the effective stack. As a short stack, I never get upset when I get it in on the flop against a set. That’s because I know my opponent made a grave error and I just banked some EV dollars against him.

While a short stacker has to actively seek to exploit opponent tendencies, they will almost never have to get into long-term leveling wars with other regs. The only time this really ever happens to me is against super aggro 3-bettors, and that’s not even complicated enough to write home about. I think you 3-bet this versus me, I 4-bet that versus you. Yawn.

Who Would Benefit From Short Stacking?

The short answer is that most people would be well-served to at least try short stacking for a time. It’s one of those “love it or hate it” scenarios.

Here is a list of who should strongly consider giving short stacking a try:

If you decide you want to try short stacking, I happen to offer courses on the subject in my Poker Academy. It is a small and friendly community willing to help anyone out. It’s also ridiculously cheap compared to other poker courses out there.

How and Why I Got Into Short Stacking

I have been playing a 30bb stack since 2011 (see my about page for some graphs). After Black Friday, I had no money in a poker account, so I deposited $50 on the Cake network. I wasn’t even sufficiently rolled to play $4NL. As a solution, I bought in for the smallest allowed (30bbs) in order to rebuild the bankroll. I figured, what’s the worst that could happen? I fully expected to blow that $50 quickly and just get on with my life.

I had also fallen in love with the additional challenges (math-oriented) offered by playing a short stack as well as the “simplified” decision-making process. I had a sit and go background so determining profitable shoving ranges fit right in with my mindset. Additionally, I found that my post-flop game, developed playing 100+bbs for a couple of years, was still important even with a 30bb stack.

In fact, this is the biggest misconception among most people. Many think someone who plays a short stack is just trying to avoid post-flop play. Nothing could be further from the truth. The reality is that pre-flop shoves are actually fewer and farther between for a shorter stacker versus your typical “full stacked” reg.

Overall, the biggest real reason to short stack is that it is fun. I have tried transitioning back to 100bb play and always find myself bored. Honestly, deep-stacking poker is like watching paint dry. Don’t get me wrong, I LOVE being deep-stacking in a tournament. But cash games? Not so much.

I hope you’ll give short stacking a try and want to help you fall in love with it like I did. I’ll even give you a short stacking strategy guide, complete with charts, to let you give the style of play I teach for free.

It’s my gift to you, just sign up for my spam-free newsletter and it’s yours. Thanks for reading!

Automatic Poker is here to provide valuable information and help people learn to win at poker in the quickest and most efficient way possible. Click here and check out the Academy if you are interested in step-by-step poker training.